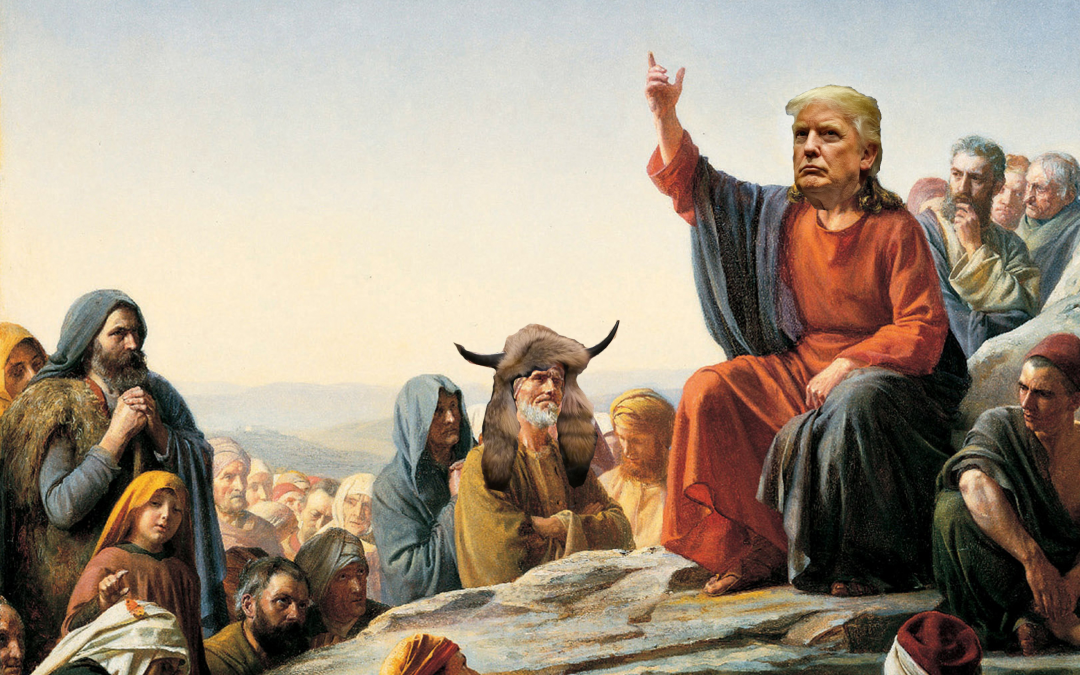 Trump recorded discussing his resurrection with his disciples

PALM BEACH, FL – Former President, Donald Trump, has been recorded privately confiding to his closest disciples that a political resurrection is imminent.

The leaked recording come after his recent Senate trial acquittal, which left the door open for him to run for President again in the future. In it,Trump can be clearly heard outlining his strategy:

“Soon I will have to go to Washington and suffer many things at the hands of the politicians, the journalists and the heretical leaders of the left.”

“However, after my political death I will be raised to power again on the fourth year”

“However, do not try and defend me against the evil Biden and his soldiers. Do not be violent. Do not buy semi-automatic assault rifles. He who has ears, let them hear.”

In the recording, Trump’s personal lawyer, Rudy Giuliani, can be heard taking Trump aside and rebuking him.

“Never, Lord!” Rudy is overheard declaring. “This shall never happen to you!”

But Trump is then heard shouting viciously back at Rudy.

“Get behind me, Lawyer! You are a stumbling block to me; you do not have in mind the concerns of Trump, but merely personal ambition and financial concerns.”

“Whoever wants to be my disciple must deny themselves, take up their MAGA hat and follow me.”

“For the Trump of Man is going to come in his glory with his faithful deplorables, and then he will reward each Republican according to what they have done.”

“Truly I tell you, some who are standing here will not taste death before they see the Trump coming in his kingdom.”

Sign up to the Damascus Dropbear for more resurrection updates. For further discussion about Trump worship, see this piece in TIME Magazine by theologian Russell Moore.