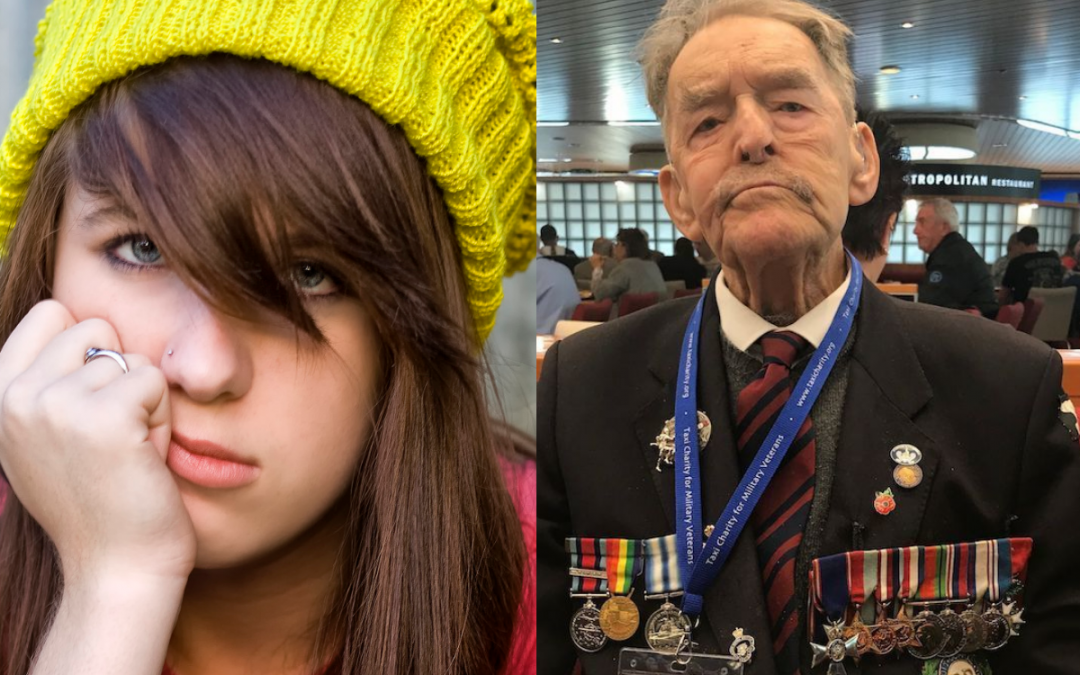 MELBOURNE, VIC – A Melbourne teenager has been filmed shouting at an WWII ANZAC veteran about how her ‘generation is suffering more than any other in history‘.

The altercation happened at a bus stop in Ringwood, where the teen was initially overheard complaining to the aged man, Major Tom Caroll, about all the challenges faced during the pandemic.

“The girl was whining to the man about how hard it was for her and her friends not being able to go overseas, being forced to watch Netflix all day during lockdowns, and how annoying it was having to wear a mask” one onlooker recalled.

“It was then the old fella chipped in, calmly replying that he had didn’t think it was too bad compared to the Great Depression, WWII and Vietnam war he had served through.”

“He went on to say he thought there was plenty to be thankful about.”

The observers then indicated that it was at this point the girl became highly agitated, and began to raise her voice at the veteran.

“For some reason the girl just went nuts, started screaming at him right to his face.”

“She was berating him that he had no idea about how hard it was living with climate change fears, racial persecution and heteronormative oppression.”

“Then she just stormed off down the street, saying something about how old, white males couldn’t possibly understand real hardship.”

Good samaritans at the scene were said to have tried to comfort the veteran. He appeared fine and unaffected however, laughingly telling those around him that he was sure he would survive.

The footage can be viewed here.

Sign up to the Damascus Dropbear for more ANZAC updates. For some ANZAC day prayers, see this resource by the Sydney Anglicans.