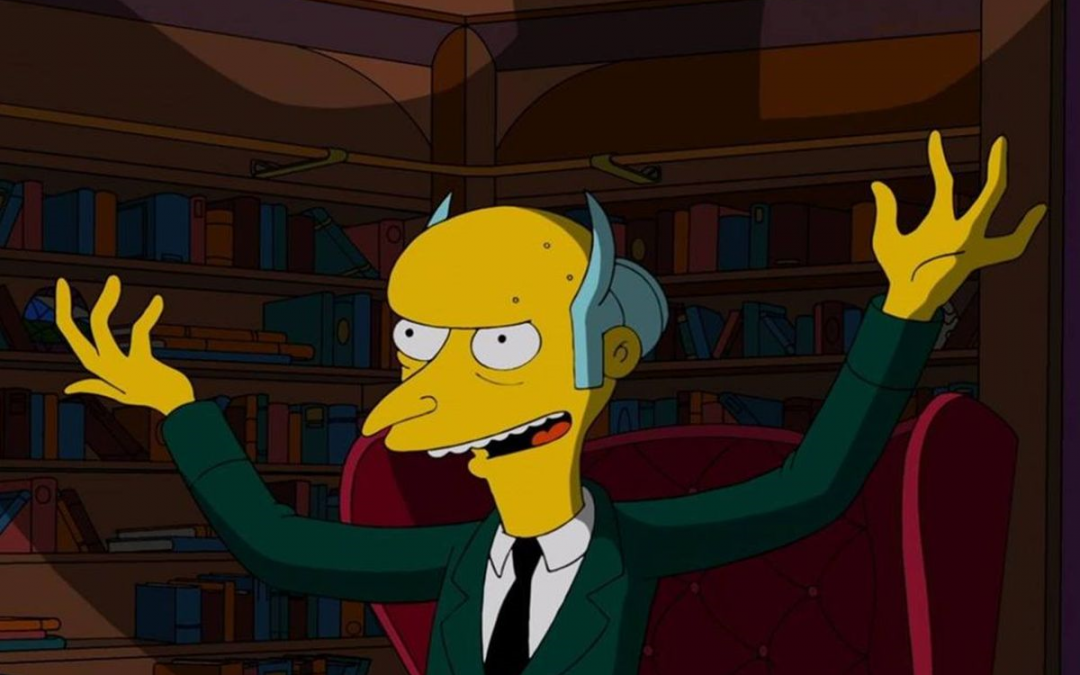 SPRINGFIELD, OREGON – The creators of the longest-running American sitcom, The Simpsons, have announced their plans to drop the character of Mr Burns due to the ‘insensitive racial stereotyping of mean powerful privileged old white males.’

In the context of the Black Lives Matter movement, a new wave of ethical considerations have swept across the entertainment industry this month around the appropriateness of racial representations in cartoon sitcoms.

This Simpsons explained Mr Burns’ removal from the crew this week as part of a general audit of social stereotypes:

“We repent of our negative portrayal that could hurt the feelings of powerful white male overloads, particularly from the Democratic and Republican parties”, said the show’s creator, Matt Groening.

“I apologise on behalf of my team for the deep offence we’ve caused by perpetuating such damaging myths with our animated content, thereby being responsible for creating a generation of racist Simpson consumers.”

The Simpsons also flagged a number of other characters who could be perceived to be harmful in their depictions, including Indian convenience store worker Apu Nahasapeemapetilon, the Sad Jewish comedian Krusty the Clown, the lazy donut consuming police officer Chief Wiggum, and the brutish Italian mobster Fat Tony.

Any episodes including these characters will be suspended from all streaming services, but reassurances have been made that any episodes that overtly mock Reverend Lovejoy and Christian neighbour, Ned Flanders, will remain.

Sign up to the Damascus Dropbear for more entertainment news.